Regulation Crowdfunding (Reg CF) has topped $250 million in investment commitments. This number includes both successful and unsuccessful offerings so the amount actually invested would be somewhat lower. This report is courtesy of Crowdfund Capital Advisors (CCA), a consultancy and data provider that has long supported the Reg CF marketplace.

CCA states that in the 3 years since (May 2016) Reg CF became actionable, 1800 companies have filed to raise capital online. Over 271,000 investors have participated in these funding rounds.

The average Reg CF raise stands around $237,000. This amount is said to “firmly addresses the Valley of Death issue.” Most successful offerings close in under 90 days reports CCA.

In contrast to what some regulators and observers predicted, the Reg CF marketplace has experienced no fraud. While firms may fail that is part of the natural process of entrepreneurship and early-stage companies. 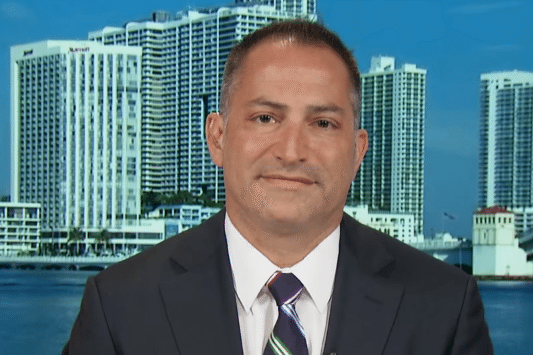 Sherwood Neiss, Principle of CCA, says we built a financing mechanism which is doing exactly what we said it would.

“We’re funding local businesses with a vested group of local investors that is creating local jobs and powering local economies,” Neiss claims. “We estimate that in the next 2 years over 3,400 companies across the United States will receive half a billion dollars by over half a million investors.”

Neiss says that growth of Reg CF has been at least 250% in the past two years:

“If we extrapolate out over the next 2 years, we estimate that over 3,400 companies across the United States will receive half a billion dollars by over half a million investors.”

Additionally, there has been broad appeal across a wide sector of industry and geography. 48 out of 50 states have seen issuers register to raise funds under Reg CF. Neiss predicts that the number of jobs supported will increase to 20,000 or more in the next 2 years. But that number could jump exponentially if the funding cap was raised from the restrictive $1.07 million to $20 million recommended by many industry advocates.

Neiss adds that the majority of Reg CF funded firms are growing and reinvesting any earnings creating a powerful multiplyer effect.

“Businesses are reinvesting into their local economies by purchasing goods and services to support them and hiring employees. And employees are using their paychecks to support themselves. Together we estimate they are pouring close to a billion dollars into local economies. You would think everyone would be thrilled about this and talking about it much more,” says Neiss. “If Washington really wants to help small businesses and our economy, they have this hidden gem whose potential has yet to be discovered and promoted.” Major industry players sent a letter to the Securities and Exchange Commission during the summer of 2018 seeking to raise the cap from $1M to $20M, as of yet there’s been no response.”

That letter was forwarded to SEC Chair Clayton who has consistently stated the importance of access to capital for smaller firms.

While there has been some interest on Capitol Hill to address the shortcomings of Reg CF rules there has yet to be sufficient support by elected officials to get any legislation passed. While big business has deep pockets and lobbying prowess the same isn’t quite true for startups which are simply struggling to raise enough money to get their business off the ground.

A guide for new businesses on Crowdfunding

4 Ways to Turn Your Passion Into a Fulfilling Career

How To Promote a Regulation Crowdfunding Portal

CR Solutions is excited to announce a partnership with Digibuild

Crowdfunding limits are poised to change next week, but most VCs aren’t paying attention — ye

What is crowdfunding and how does it work?

Can You Make Money As An Investor With Equity Crowdfunding?

What’s Next for Equity Crowdfunding?

What Is Crowdfunding and How Does it Work?﻿

The SEC Updates Reg CF, Reg A+ and More. Boosts Reg CF to $5 Million, Reg A+ Increased to $75 Million

How to choose a crowdlending platform

Why Crowdfunding Is the Best Way to Raise Capital

4 Types Of Crowdfunding For Your Next Business Venture

A Beginner’s Guide To Crowdfunding Your Business

How to Master Crowdfunding for Small Businesses

Crowdfunding: How to Raise Money and Launch a Campaign

5 reasons to get aboard the equity crowdfunding train

The 7 Secret Ingredients to a Successful Equity Crowdfunding Campaign

Crowdfunding for Startups: A Best Way to Raise Funds

Which Type Of Crowdfunding Is Best For Your Small Business?

Crowdfunding 101: Raise Capital, Validate Your Ideas, and Start a Business

How To Choose A Crowdfunding Platform

How to Create an Effective Crowdfunding Video for Your Startup

How To Crowdfund Your Startup

Equity Financing For Businesses: 6 Types You Should Know

What Every Startup Needs to Know About Crowdfunding

How Crowdfunding Works For Entrepreneurs

5 reasons to get aboard the equity crowdfunding train | Nordea

How AI can help us harness our 'collective intelligence'

ROC: The Return On Crowd

Remember the Lesson of the Blown $63 Billion Investment? Then Get Busy With Equity Crowdfunding

How I Raised $1 Million in 30 Days with Equity Crowdfunding

Perspective: The State of Crowdfunding and Where it’s Headed in 2020

Alternative Sources of Financing for Startups

Citi Outlook 2020: Back to the Future