According to recent research done by Harvard Business School, women are less than 10 percent of the entrepreneurial and venture-capital labor pool, Hispanics have been around 2 percent and African Americans have been less than 1 percent.

Empowering entrepreneurial equality is just one of the many reasons Kendrick Nguyen started Republic, an equity crowdfunding platform. The Republic CEO believes equity crowdfunding can overcome many of the challenges women and minorities have historically faced when it comes to raising venture capital for their startups.

In fact, their recent report shows promise that their equity crowdfunding seems to be improving the diversity of the venture capital landscape. In two years, 25 percent of investments ($1.875 million) on Republic have gone to companies with underrepresented founders of color, and 44 percent ($3.3 million) have gone to companies with a female founder, versus 1 percent and 13 percent, respectively, for the traditional VC industry.

When asked during our video interview why there has historically been little diversity within the VC community, Nguyen explained that it likely stems from people’s background and networks, like schools, past jobs and associations. In essence, there is an invisible barrier to entry simply because you cannot get access to the right people.

That’s why Nguyen believes the World Wide Web removes these restrictions and gives equal access to anyone who wants to invest in vetted startup organizations. When asked about the current demographics of their equity crowd investors, Nguyen replied, “The demographics basically represent the entire tapestry of Americana from Miami to Seattle to New York. It’s a pretty even mix … mostly people in the 35 to 50 age range so far.”

However, this is just the beginning of equity crowdfunding, says Nguyen. Republic was launched July 18, 2016, just as the SEC implemented Title III rule of the Jumpstart Our Business Startups (JOBS) Act. The new law empowers members of the public to invest in early-stage companies without being an accredited investor, while also including certain limitations to protect these new investors.

That’s why Nguyen and the Republic team, including COO Caroline Hofmann, are very strict about whom they accept into their program. They want to ensure the safety, stability and success of these companies to deliver results as much as possible. More than 3,000 companies have applied so far, yet very few have passed the extensive vetting process. While there is no upfront cost to apply, all companies must be U.S.-based and a pitch deck is required.

If accepted, the company must file a short financial statement and do a proper SEC filing. Nguyen claims to have preferred accounting firms and lawyers to keep the rate down to between $3,000 and $5,000 in base cost and that none of it goes to the Republic. Then the Republic team of experts helps to create a deal page with video, pictures and copy explaining what that company does in a way that can be quickly and easily understood by the public and average investors.

Nguyen is quick to point out that while most of the companies listed on Republic are in the seed stage, all companies are eligible to participate, except those who are publicly traded.

Those that are accepted enjoy the benefits of ongoing support, advice and mentorship. Each company not only gets an account manager to help founders through the fundraising process but also receives a whole community to access, including the Republic’s extensive network of traditional VC investors and conferences.

“So it’s very much an ongoing, a continuous relationship,” Nguyen states. “At Republic, because of our mission, we’re essentially an investor in each and every single company. So there’s that alignment and interest on our end to help each of these companies succeed. We view all our companies as long-term partners.” 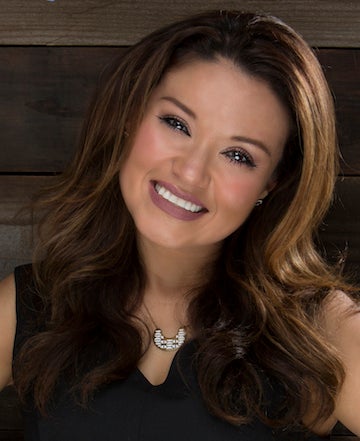 When asked about startup success stories and diversity, Nguyen told the story of Martha Hernández, a Latina mother from Fresno, California. Hernández, who did not grow up speaking English, had been working at a large grocery chain when she developed an app called madeBOS. The AI-driven app empowers entry-level retail employees to proactively manage their careers by focusing on the skills needed to advance. By leveraging the Republic platform and resources, including an appearance on the show Meet the Drapers, Hernández raised $39,575 from 93 investors in 2018 and another $86,522 from 291 investors from their first campaign in 2017. 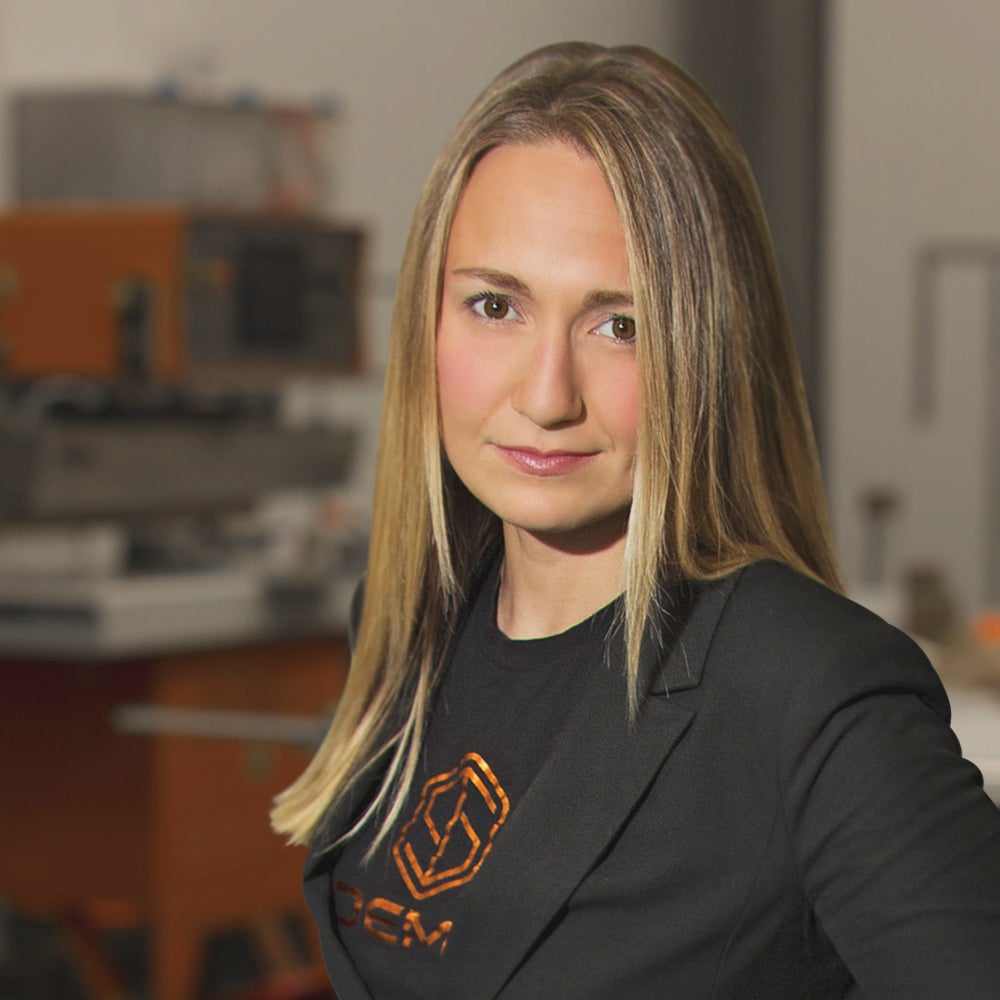 Another current success story is the drone company Indemnis. Amber McDonald is the co-founder and CEO who intends to make widespread drone adoption a reality, thanks to their patent-pending technology. In the midst of their Republic campaign, this woman-led startup has raised $424,316 so far.

Of course, success in leveraging the Republic platform isn’t limited to only women. 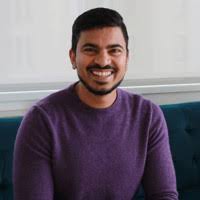 Immigrant-founded Roomi, led by Ajay Yadav, is a roommate site akin to Airbnb. It’s an online peer-to-peer marketplace that makes it safer and easier to find room rentals, sublets and roommates. Roomi successfully raised $321,555 from 1,080 investors during 2018.

Nguyen is proud to boost having a 95 percent success rate for their Republic-backed companies and believes it is both the strict vetting process their applicants endure and the excitement of the average person being able to invest in the next big thing.

“On sites like Kickstarter and Indiegogo, you’re just buying a product,” says Nguyen. “AngelList does offer equity, but is for the rich, accredited investor. However, Republic allows everyone to invest as little as $10 to $20 to get equity in some of these companies. It’s better than reading a story … These are real people who are solving real issues.”

As enthusiastic as Nguyen is about what equity crowdfunding has to offer, he openly addresses the concerns of investing in early-stage startups. He advises, “Do not invest if you are not ready to lose the entirety of your invested capital. Early-stage, private investing is extremely risky. Most often, it is all or nothing. It’s not like you get 80 percent back, you lose it all.”

Nguyen, who is also a founding advisor of CoinList, has years of experience in the VC industry. Previously, he was general counsel at AngelList, an organization that was instrumental in passing the JOBS Act that helped enable equity crowdfunding and remains a Republic strategic partner.

Another strategic partner is Sony Entertainment TV, who is broadcasting the show Meet the Drapers via Roku, Sling and Dish television. Meet the Drapers is the first reality show where viewers can invest in startups in the hopes of funding the next “unicorn,” a startup that reaches a $1 billion valuation.

During each episode, three entrepreneurs pitch their startups to the three generations of the Draper family, Bill, Tim and Jesse, who are all experienced venture capitalists. Each episode also features a new celebrity guest judge —  successful entrepreneurs, investors and media personalities. Billionaire Tim Draper claims it is a “kinder, gentler version of Shark Tank.”

Unlike Shark Tank, viewers of Meet the Drapers can also personally invest in the startups pitching their ideas on the show. Investments will take place through the Republic website, designated as Meet the Drapers‘ official investment platform.

“We’re thrilled to be part of a TV show that promotes entrepreneurship and enables greater diversity among both founders and investors,” Nguyen regaled.

When asked about the future of equity crowdfunding and the Republic platform during our interview, Nguyen said, “You know, when I first moved to San Francisco, Uber didn’t exist for a year. They came along and changed everything. I remember sitting in my office and thinking we can basically do what Uber did for transportation. We can do the same for entrepreneurship and startup investing.”

“I’m just excited to share our story and, two years in, I really think we have already seen validation as to how what we do levels the playing field, and we’re ready to invite more people into the ecosystem,” adds Nguyen. “That’s the motivation to build Republic.”

A guide for new businesses on Crowdfunding

4 Ways to Turn Your Passion Into a Fulfilling Career

How To Promote a Regulation Crowdfunding Portal

CR Solutions is excited to announce a partnership with Digibuild

Crowdfunding limits are poised to change next week, but most VCs aren’t paying attention — ye

What is crowdfunding and how does it work?

Can You Make Money As An Investor With Equity Crowdfunding?

What’s Next for Equity Crowdfunding?

What Is Crowdfunding and How Does it Work?﻿

The SEC Updates Reg CF, Reg A+ and More. Boosts Reg CF to $5 Million, Reg A+ Increased to $75 Million

How to choose a crowdlending platform

Why Crowdfunding Is the Best Way to Raise Capital

4 Types Of Crowdfunding For Your Next Business Venture

A Beginner’s Guide To Crowdfunding Your Business

How to Master Crowdfunding for Small Businesses

Crowdfunding: How to Raise Money and Launch a Campaign

5 reasons to get aboard the equity crowdfunding train

The 7 Secret Ingredients to a Successful Equity Crowdfunding Campaign

Crowdfunding for Startups: A Best Way to Raise Funds

Which Type Of Crowdfunding Is Best For Your Small Business?

Crowdfunding 101: Raise Capital, Validate Your Ideas, and Start a Business

How To Choose A Crowdfunding Platform

How to Create an Effective Crowdfunding Video for Your Startup

How To Crowdfund Your Startup

Equity Financing For Businesses: 6 Types You Should Know

What Every Startup Needs to Know About Crowdfunding

How Crowdfunding Works For Entrepreneurs

5 reasons to get aboard the equity crowdfunding train | Nordea

How AI can help us harness our 'collective intelligence'

ROC: The Return On Crowd

Remember the Lesson of the Blown $63 Billion Investment? Then Get Busy With Equity Crowdfunding

How I Raised $1 Million in 30 Days with Equity Crowdfunding

Perspective: The State of Crowdfunding and Where it’s Headed in 2020

Alternative Sources of Financing for Startups

Citi Outlook 2020: Back to the Future